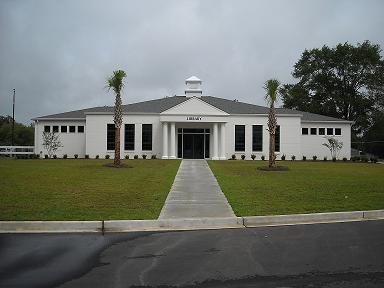 The Society Hill Library was organized December 7, 1822.  It is one of the oldest social libraries founded in South Carolina.  A library society was formed to make rules for the management, and to assist with additions to the collection of books as needed. Members contributed $20 making a total of $240, with which Elias Gregg purchased books in Philadelphia.

The Library later moved to a small brick building located on the St. David’s Academy school grounds.  The facility was 850 square feet.

Seeing the need for a better library facility in Society Hill, Senator Gerald Malloy and the Darlington Legislative Delegation presented Darlington County Council and the Library Board with a check for $250,000 on September 18, 2006.  These funds were used toward the construction of a new library to replace the small library.  Construction of the new building was started in December 2010.  The new 4,400 square foot Branch on Carrigan Street opened in August 2011.