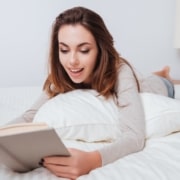 Check out one of these books at the Library!

From the Buzzfeed Books article, 29 Awesome Books with Strong Female Protagonists, of March 23, 2015 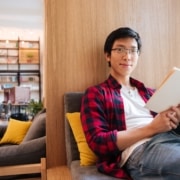 A New Reason to Lie About Your Age?

The Most Popular Books by Year

This got me curious…what was the most popular book the year I was born?  I looked.  Oh…a soap opera.  Not a book I care to read.  Maybe I should fudge a bit about my age so I can claim the most popular book the year I was born is now considered a significant piece of literature.  Looking at the list, there are stories by well-known authors that are now considered classics, so I have plenty from which to choose.  There are a few works I will not consider, such as Ian Fleming’s James Bond novel, “You Only Live Twice.”  I do extend sympathies to those of you born after 1970 as your “good literature” choices appear a bit more limited than mine.  Not pointing any fingers (well one, “Twilight”, as sparkling vampires is just wrong to me), but….

If you don’t want to acknowledge the most popular book the year you were born, what about the year you graduated high school?  What about the year you were married or when your son or daughter was born?  You could select the most significant events in your life and see what was popular in those years?  There are many ways you can have fun with this list of the most popular books by year.  If you don’t like the book for your year, feel free to fudge a bit on your age as we will never tell!

Below is the list of the most popular books by year and those available within the Darlington County Library (indicated by “*”).

1932: The Fountain by Charles Morgan

1936: Gone with the Wind by Margaret Mitchell*

1938: The Yearling by Marjorie Kinnan Rawlings*

1939: The Grapes of Wrath by John Steinbeck

1940: How Green Was My Valley by Richard Llewellyn*

1941: For Whom the Bell Tolls by Ernest Hemingway*

1942: The Song of Bernadette by Franz Werfel

1947: The Miracle of the Bells by Russell Janney*

1950: The Cardinal by Henry Morton Robinson

1954: Not as a Stranger by Morton Thompson

1955: The Man in the Gray Flannel Suit by Sloan Wilson

1963: The Shoes of the Fisherman by Morris West*

1964: You Only Live Twice by Ian Fleming

1966: Valley of the Dolls by Jacqueline Susann*

1971: The Exorcist by William Peter Blatty*

1973: Breakfast of Champions by Kurt Vonnegut*

1977: The Thorn Birds by Colleen McCullough*

1980: The Bourne Identity by Robert Ludlum*

1989: The Satanic Verses by Salman Rushdie*

1990: The Mambo Kings Play Songs of Love by Oscar Hijuelos

1992: Waiting to Exhale by Terry McMillan*

1993: The Bridges of Madison County by Robert James Waller*

1994: Midnight in the Garden of Good and Evil by John Berendt*

1996: The Deep End of the Ocean by Jacquelyn Mitchard*

1999: Harry Potter and the Chamber of Secrets by J.K. Rowling*

2001: The Corrections by Jonathan Franzen*

2004: The Five People You Meet in Heaven by Mitch Albom*

2007: Harry Potter and the Deathly Hallows by J.K. Rowling*

2010: The Girl with the Dragon Tattoo by Stieg Larsson*